Nik Nowak’s "Panzer" (2011) is a sound system built from a chain dumper. A wall of speakers with 9 membranes and 4 high frequency horns and 4000 watt is raised hydraulically from the mount before bursting into action. But, more notably »Panzer« is the artistic representation of a sound weapon that echoes the aesthetics of military »stealth« technologies, the brute force of armored vehicles and the anarchic culture of mobile sound systems. This combination incites a vague fascination for the bad vibes of aggressive frequencies and impressively addresses the role of sound as a means of controlling masses and space. 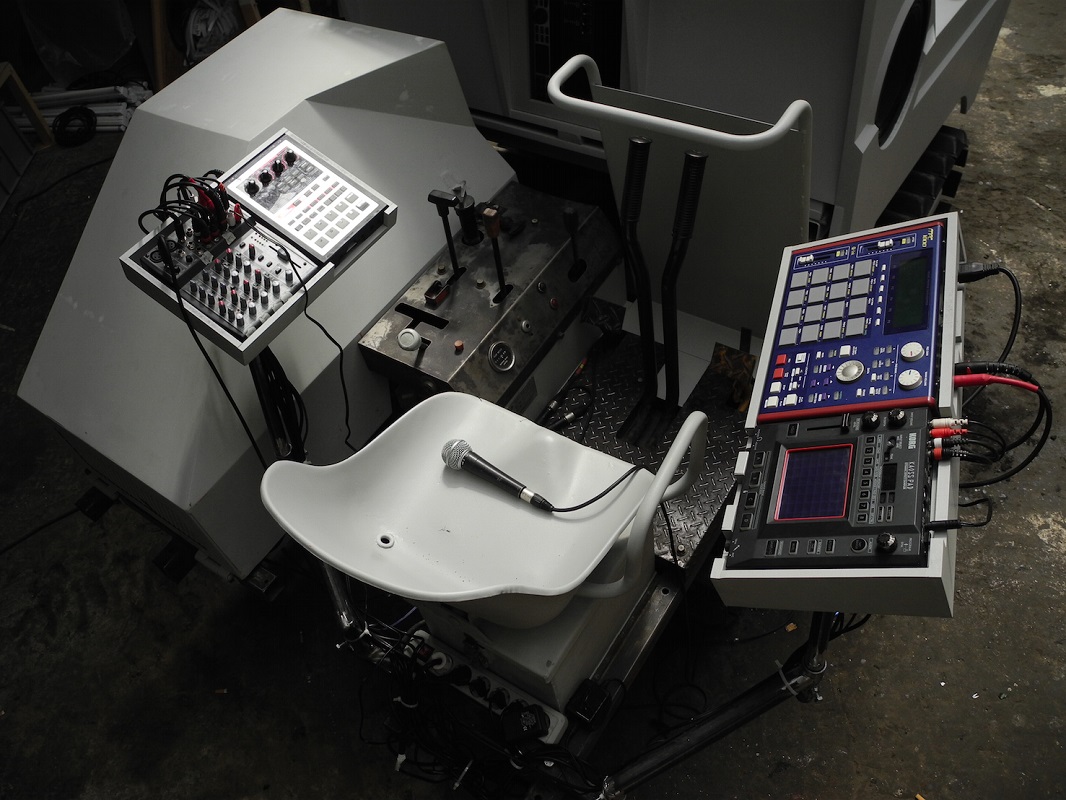 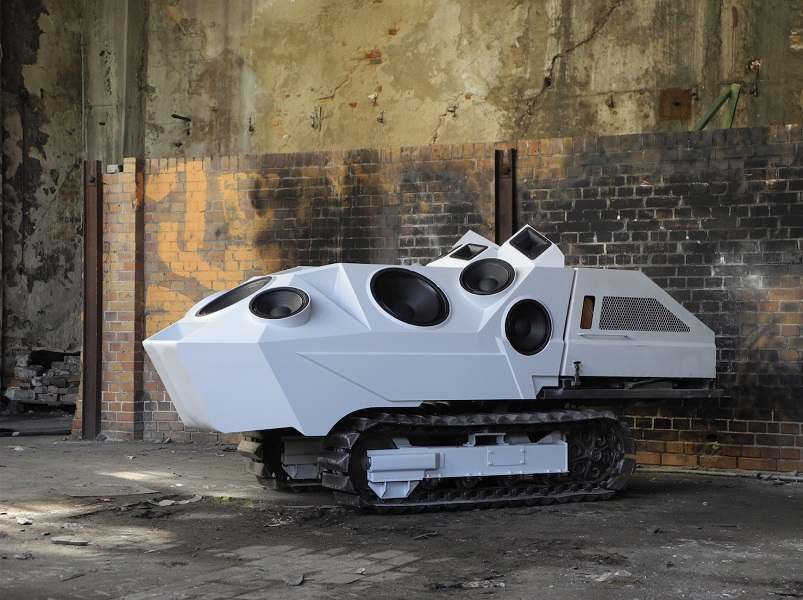 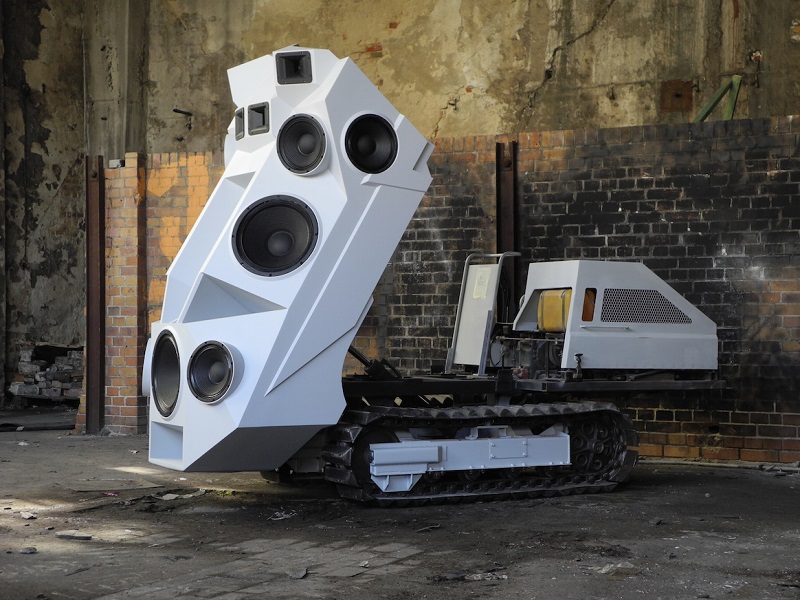